November 09, 2011
There’s a yearning for clarity of the Lacey Act Due Care Standard. Many in the wood supply chain are waiting for the next shoe to drop, wondering who will find themselves in the boat with Gibson Guitar, the first US company to be investigated for importing illegal wood. The second raid on Gibson in August caused a lot of stir and controversy but even before that happened one coalition was already working to define the Due Care Standard for the wood and paper supply chains.  The movement started far outside the floor covering industry but its effort and anticipated result are surely of interest to us.  You may have read a brief description of this in the trade press so I wanted to give you more information about who is taking up the cause, their goal, and what you can expect as an outcome. 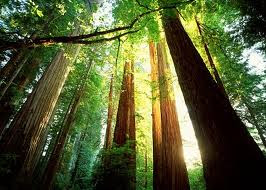 First,  for anyone who wonders why you should care about the Due Care Standard .…  The Department of Justice defines Due Care with two criminal liability standards: strict liability for forfeiture of products and vessels carrying the products, and negligence for selling illegally logged wood and paper.  Strict criminal liability means liability without fault, thus a seller can be liable even if it is not negligent.

Here’s an example of how strict liability can be applied. According to the affidavit filed by the Fish and Wildlife Service in support of its search warrant served during its second raid on Gibson Guitar this August, Gibson improperly filed customs declarations and imported product under the wrong Harmonized Tariff Schedule (HS) code.  They allege that shipments left India as finished parts under one code and arrived in the US classified as veneer under a different code, but should have been classified as lumber all along.  Apparently, India allows exportation of the species at issue as a finished product but not as lumber.

What’s important here is not whether Gibson knew that something was wrong with the tariff codes. My point is, under Lacey, it does not matter whether they knew or not. Lacey places the strict burden on the importer of record to ensure that everyone in the supply chain classifies the products correctly. Gibson is being held responsible for alleged misclassifications by the shipper, the broker and the receiving company. Not knowing is no excuse under the Act, as currently written.


Who is this group taking up the cause to clarify the Lacey Act Due Care Standard for our supply chain?

A diverse coalition of investors, financial institutions, insurance companies and others, including the US Conference of Mayors, took up the challenge to define the standard. Why?  Because they want to increase green building in the US and to do that they need national green building standards for underwriting, financing and insuring those projects. They formed a non-profit organization (The Capital Markets Partnership) to address those broad issues.  I suppose, in part due to its impact on construction supply chains - the unknown and unquantifiable risks - the Lacey Act needed to be addressed. Under the guidance of an expert with the right experience, they formed the Lacey Act Defense National Consensus Committee (I just call it the Lacey Committee) to write a new Due Care Standard with guidelines for the supply chains.

This has been done before. It was industries coming together and agreeing upon standards that lead to the environemental “super-fund” standards we have today.  Those standards were approved by the American National Standards Institute (ANSI), accredited, and eventually ratified by the government.  That is the process that is being followed now by this coalition to amend the Lacey Act.

During the process, the Lacey Committee reached out to associations and business members of the timber and paper supply chains for comments. That is how Jim Gould, the Floor Covering Institute and the National Wood Flooring Association became involved. The NWFA is an important representative for the U.S. wood floor covering industry in this endeavor.  Other flooring focused companies participating include: Mannington, Home Depot and Columbia Forest Products while others from the wood and paper supply chains include: Staples, Williams Sonoma, Knoll Furniture, Kimberly-Clark, Sustainable Furnishing Council, Forest  Stewardship Council, National Wildlife Federation, Rainforest Alliance, The Danzer Group the National Association of Music Merchants, the National Retail Federation and leading global retailers and consumer products companies.

What is the goal of the Lacey National Consensus Committee?

Currently there is no guideline for Due Care under the Lacey Act and members of the wood and paper supply chain are at an unknown degree of risk when they import and sell wood products. The goal then is to create a consensus based Due Care Standard that brings clarity to what is now arguably a vacuum in which we operate.  An industry standard can be accredited by ANSI and become a legal standard where now there is none. Having a clarified Due Care Standard will make a big difference to our wood flooring members; make it possible to defend against strict criminal liability and even possible to purchase risk insurance.

How long will the process take?

It is expected to take an additional three months to complete the consensus process. This is followed by a national public meeting in Washington, DC and the ANSI approval process and eventual ratification. We are told that by Spring 2012 there should be a written Standard of Due Care that our industry can promote through the regulatory process.  This is a huge difference from our current reality.

Read More about the Lacey Act:

From our blog site -

Or Watch this video -


I hope you find this information useful.

Susan Negley is Director of Communications for the Floor Covering Institute