Anti-dumping cases – who are the winners?

June 14, 2011
The ITC recently announced its latest determinations in the case alleging unfair dumping of multi layered wood flooring by China and both sides quickly claimed victory.  I often receive calls from the US financial industry asking about the flooring anti-dumping case and its likely impact on specific companies in our industry.  I always caution them on focusing too closely on the short term impact rather than the taking a broader perspective.

Dumping can be a short-term predatory strategy by manufacturers or governments targeting a market in hopes of increasing jobs in that country.  Anti-dumping lawsuits are supposed to “level the playing field” and “stop unfair practices.”  At the same time, anti-dumping laws can sometimes be used by domestic companies seeking to gain advantages over their competition that imports. 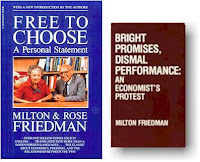 The American economist Milton Friedman authored Free To Choose in which he explains who “pays” for subsidized dumping and who benefits from it.  In Bright Promises, Dismal Performance: An Economist’s Protest, he specifically explains “dumping” and foreign subsidies. Quoting Adam Smith’s The Wealth of Nations, Friedman explains: If a foreign country can supply us with a commodity cheaper than we ourselves can make it, we should buy it from them and employ ourselves to produce a product in which we have some advantage.

This is how the US flooring industry has operated for years.  Just seven years ago, solid 3/4” red oak flooring from American trees could be purchased for 20% less from China than from American manufacturers.  Today, without any trade barrier legislation, that same product from China costs more than American made.  Market conditions changed and so did buyers who were “free to choose” in an open market.

The flooring industry is not alone when it comes to concerns about preserving jobs and remaining competitive.  In 2004, the American furniture industry faced the same situation. What happened?  China was found guilty of dumping bedroom furniture into the US and heavy duties were imposed.

Daniel Ikenson of the Stiefel Center for Trade Policy Studies describes the furniture case in his article  Anti-dumping and Bedroom Furniture from China: The Real Story as a “tactical maneuver by one group of domestic producers seeking to exploit the gaping loopholes of the anti dumping law to get a leg up on its domestic competition." Instead of preserving or returning domestic jobs, which was one of the justifications for the petition, import restrictions caused a shift in sourcing from China to other nearby countries.  Another story tells of holes being cut in the backs of bedroom armoires so they could be reclassified as entertainment centers and avoid the higher bedroom furniture duty.

As Friedman explains, products will find the best way to market as quickly as water finds its way to the sea, regardless of temporary barriers or unsustainable, artificially created assistance.  The furniture case is just one example.  Alex Huemer’s winning essay for the Freeman Institute in 1988, Dumping: An Evil or an Opportunity, states that anti dumping laws “… denied our heritage of freedom and equality for the “opiate” of protectionism.”

Neither side should claim victory from the small steps that have been taken in the flooring ITC case.  Even when the final ruling is handed down, business will continue to twist and turn on its very long journey so don’t wait for the "Fat Lady to Sing."  Even when the case is over the story won’t be over.

What is the likely outcome of the flooring anti-dumping case?

New duties will be imposed while manufacturers and buyers continue to search for ways to keep their cost as low as possible.  This dispute represents less than $120 million of imported product, a pittance to multi-billion dollar American flooring giants.  The impact on major flooring companies will be insignificant; meanwhile, smaller companies are solidifying old partnerships or scurrying to find new suppliers. Consumers will experience higher prices.  Will there be any winners?  Yes, it is my understanding that the attorneys have already collected over $1 million in fees and are still counting.

We often hear from the parties to the flooring ITC lawsuit but seldom do we hear from individual distributors and retailers who want to talk about how this case is affecting them now.   We would love love to have you comment here.

Read more of Jim's postings at his Blog Roll