20 Years in Flooring: then, now and what comes next 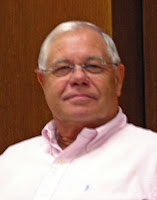 While writing my introductory blog post a couple of weeks ago I began one paragraph by saying “In 1990 I relocated with my family to Johnson City, Tennessee.” This reminded me that I will enter my 20th year in the floor covering industry at the end of this month. What better time to reflect on how it was, how it is, and how I think it might be in the future.

Much has changed in the past 20 years in terms of product assortment, manufacturers, distributors, retailers, channels and the move in consumer preference from soft to hard surfaces. Oh, and by the way, did I mention we are currently experiencing the worst market conditions ever?

So who were the major players in 1990 when manufacturers tended to concentrate on just one product segment; either carpet, vinyl, hardwood or ceramic?

Carpet
In carpet Shaw was the dominant name having recently acquired Armstrong’s carpet business. Elsewhere in the carpet segment consolidation was the name of the game with acquisitions happening on a seemingly weekly basis. Today’s giants are Shaw and Mohawk with Beaulieu completing the picture. Interestingly, carpet has not been adversely impacted by imported products and its overall market share, which had fallen as consumer preference shifted to more hard surface products, appears now to have stabilized somewhat as consumers trend towards lower priced products.

Vinyl
In vinyl there were four major names: Armstrong, Congoleum, Mannington and Tarkett. The big four are the same today despite asbestos litigation, and until recently falling market share (due in no small part to the growth in laminate flooring). Product quality, color and design are at an all time high. Like carpet, vinyl is increasing market share as consumers return to lower priced products.

Hardwood
In hardwood the 1990 product assortment was 80% unfinished oak strip with the balance being largely parquet - a product that is becoming increasingly difficult to find today. Prefinished products were in their infancy. Engineered products held around 1% of the market. Imported products were dismissed as inferior and made from undesirable species. The giant at the time was Bruce Hardwood Floors (Triangle Pacific) with around 50% market share and in the early 90s there was daily speculation about their future. By the mid 90s, its impressive CEO, Floyd Sherman, had taken Bruce public and acquired its largest competitors, Hartco and Robbins. Bruce was then acquired by Armstrong.

In these 20 years the hardwood market has more than doubled with major growth coming from the introduction of engineered prefinished flooring - which now accounts for 50%of the market. The overall quality and durability of the finish has improved and there are now a wide variety of products available in many different species and stains. 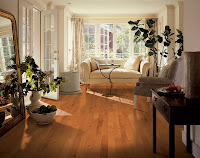 Imports have had a major impact on this segment, acquiring I believe, around a 20% market share. Their success has been due to improved quality and logistics, attractive pricing and access to exotic species - although the Lacey Act is causing them a few concerns at present.

The unfinished flooring manufacturers are still in business but have and will continue to be badly hurt by the decline in new home construction. The introduction of “clic” installation as well as the environmental benefits of engineered flooring mean this product is the future of the hardwood segment.

Ceramic
In the 90s, ceramic was, and still is, a very fragmented product segment. Mohawk dominates now due to their acquisition of Dal-Tile, which is the largest domestic producer and for a long while the only producer with national logistics capability that could deliver ceramic cost effectively. Imports make up the balance of the market.

Laminate
I hear you asking, “What about laminate?” In 1990, laminate flooring was not even a category in the U.S. It was not until my Floor Covering Institute colleague, Jim Gould, discovered Pergo in Europe and introduced it to the U.S. market that its phenomenal growth began. Today it is firmly established and at a point where growth has slowed as the category moves towards maturity.

There are many players in the laminate market although U.S. manufacturers are now the market leaders: Mohawk through their acquisition of the Unilin/Quickstep operation, Pergo, Shaw Mannington, Wilsonart and Kronotex. Armstrong is also a major supplier of laminate although its product assortment is outsourced.

Distribution
The distributor landscape in 1990 was very different from today. As a result of the trend by manufacturers to sell carpet direct to retailers, distributors were generally categorized by which brand of vinyl they carried. Few carried hardwood or ceramic which were left to specialty distributors. Many names are gone by choice, acquisition, financial failure or manufacturers withdrawing support. L.D. Brinkman, Rubin Brothers, Hoboken, Misco Shawnee, Vollker and La Salle Dietch were among “industry powerhouses” who exist no longer. The seemingly continuous refinement of the Armstrong distribution network also played its part.

Eventually a majority of distributors added hardwood flooring, ceramic and laminate to their product assortment and some formed strategic alliances with foreign exporters wanting to sell their products into the U.S. market. The big names today include J.J.Haines, All-Tile, Florstar, BPI, Readers, Longust and Galleher. Specialty hardwood, ceramic and accessory distributors also continue to operate.

Retail
The ill fated purchase (and subsequent sale) of New York Carpet World, Carpetland, and Dupont Flooring Systems by Shaw, the demise of the Color Tile empire and closure of several prominent independent retail outlets changed the face of retail at the midpoint. On a more positive note, the growth in “buying groups,” or “retail cooperatives” as they now prefer to be called, has exploded with CCA Global attracting a very impressive membership network prized by all manufacturers. Home Depot and Lowes have eliminated most large chains with the notable exception of the mid-west giant Menards. The majority of these organizations deal directly with the manufacturers and import themselves, with distributors supplying logistics training and the credit functions in some cases.

So that’s my recollection of what has happened in our industry during the 20 years I have been involved. It’s pretty interesting and some of us even find it exciting!

Stay tuned for Part 2 and my thoughts about the future. I'd love to hear your thoughts.